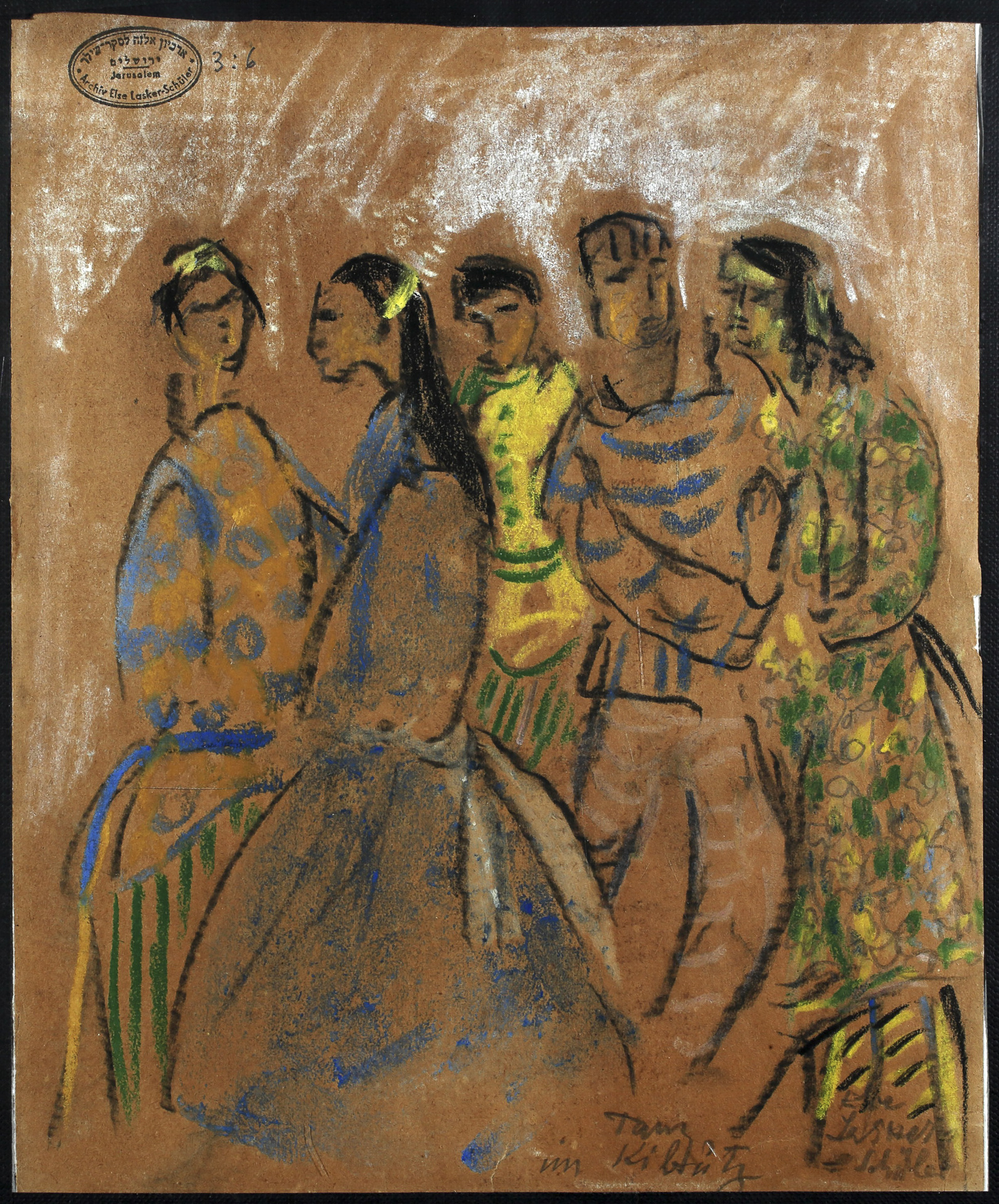 The tale of Tino and Apollydes (»A-pollydes«: »the townless, the expelled, those deprived of citizenship«) from Die Nächte Tino von Bagdads (»The Nights of Tino of Baghdad«, 1907/1919)is the tale of the eternally doomed wanderer, in which the metaphor of dance serves to sketch out the endless trail of a wretched vagabond. Much like the tale of the Flying Dutchman, whose ship keeps sailing the seas, the maidens of the decayed city are in fact dancing ghosts in the desert. Dance is thus an embodiment of human fate beyond control or choice, beyond space and time, a manifestation of a sentence that must be served, even after the condemned human has turned to dust. The eternal continuation of the dance brings to mind the Devil’s dictum in Lasker-Schüler’s last play IchundIch (»I and I«, written in 1941): »Only eternity is no exile« (»Nur Ewigkeit ist kein Exil«). The dancer’s role, like the narrator’s, is thus similar to that of Scheherazade in One Thousand and One Nights. It serves to eternally postpone death by acting it out through dance, as a never-ending exile. Lasker-Schüler was a life-long refugee and a perpetual vagabond; in a sense, her biography evolved in a way that echoed her own »choreo-fantasy« more poignantly than she could have dreamed in 1907.

Else Lasker-Schüler, Three Plays. Dark River, Arthur Aronymus and his Ancestors, and I and I, translated by Jane Curtis, 2005.

»Dance in the Kibbutz«